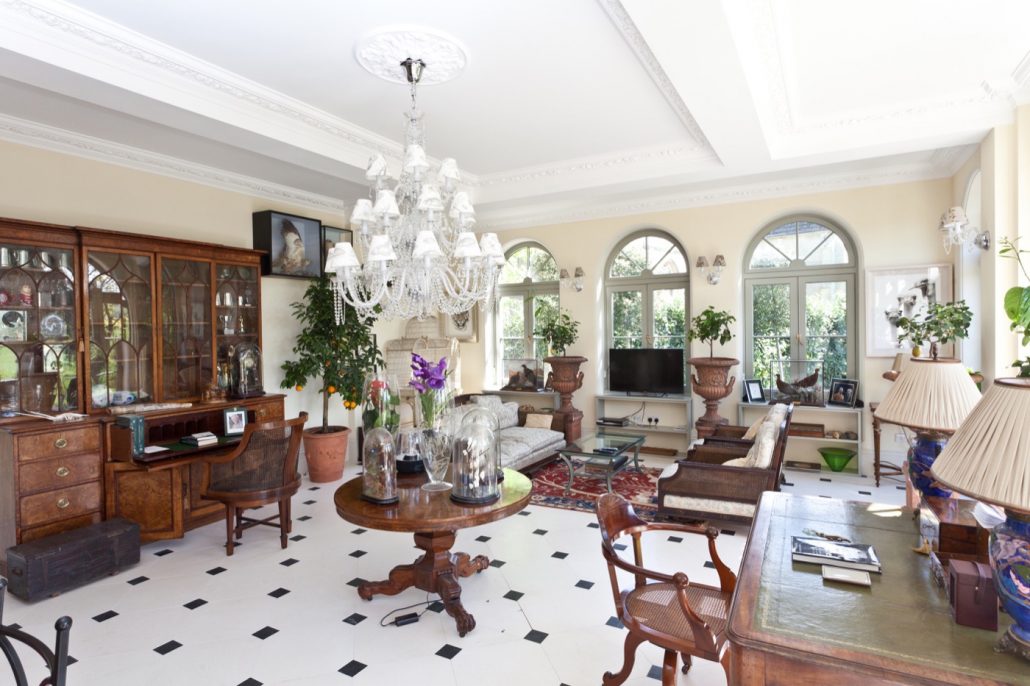 Significant factors including aesthetics, scale and proportion as well as functionality and efficiency are all required when extending any period property. This was certainly true for a recent project undertaken in Dorset for a private client.

Nicholas Jacobs Architects was required to provide an ancillary space for the client’s private collection of natural history. Our solution was to provide an orangery sort of space to the east of the existing house, which was once the vicarage for the 500-year-old church, adjacent to the site.

Originally built in the 1800s, the main range has attractive stucco walls and ashlar detailing along with coursed stone to the north under a slate roof.

In 1862, a Victorian wing was added and the house is Grade II Listed as being of Architectural and Historical Importance. With the church being adjacent and the house having such historic significance, it was important to provide a new building design that recognised these factors.

Any extension or alteration required the support of the conservation officer and would also require archaeological recording. NJA therefore proposed early engagement with the local authority and also got advice from a local archaeologist.

The scheme developed into the orangery form in a similar vein to the main building. This respect of the building and setting provided a coherent development that will stand the test of time.

Bringing the outside in

Orangeries provide a wonderful middle ground between the indoors and outdoors. They consist of a beautifully bright area, where different aspects of the home can converge – either working as a standalone snug, or maybe combining a kitchen, dining room and living room all into one.

The biggest consideration is always scale and massing set against the existing building.

With this particular project, the new building remains subservient to the main building. But because of the clear separation, it allows development in scale of the architectural features, providing large French windows and double height ceilings to the southern aspect.

This provided the indoor space that the client’s property lacked, great natural light into the heart of the room and light reflective surfaces which enhanced the natural ambiance of the interior.

The orangery consists of eight large curved head windows and two square head windows to maximise the outdoor natural lighting into the room.

Slim glazing was used to match the look of the current property while meeting existing building regulations.

The render colour was bespoke and was manufactured in Scotland to completely match the colour of the existing stonework.

In order to complete the blend between the extension and the house, we used second-hand, pre-weathered welsh slate which matched the existing house roof lead. This was also used for the hips of the roof and parapet gutters.

Local limestone with slate inset was internally used for the flooring, which incorporates underfloor heating and hidden sockets.

It was important to choose the right building contractor to deliver the project, because of the unique nature of the building. NJA proposed a two-stage tender approach, allowing the client to choose a contractor who had the expertise but with whom they could also keep an eye on costs and cost control.

A quantity surveyor oversaw this process and tracked the costs continually as the project progressed.

Greendale Construction was chosen because they not only had relevant experience, but they also fully engaged with the design team and had a good partnering approach.

The project was design-lead and was delivered on time and within the budget due to this collaborative approach to construction and design.

Shaun Soanes, the project lead, stated that “the client brief was fully delivered and the quality of light within the building was exactly what the owners were expecting”. He added: “They could not wait to move in and their furniture arrived as the contractor was clearing out. We know we have a happy client!”