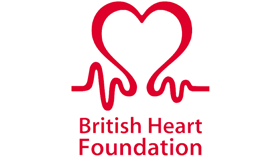 We’re pleased to announce that Shaun Soanes, our Associate, has taken part in the London to Brighton cycle ride in aid of the British Heart Foundation.

The cycle ride is a tradition that has been running for 41 years, with an estimated 800,000 cyclists that have taken part previously.

This year, Shaun and his team of 5 others joined 14,000 other cyclists on the 19th of June for the cycle. By riding the course, he has become part of a famous piece of British history.

So far, Shaun and his team have raised over £1000 for the British Heart Foundation, which is a cause very close to Shaun’s heart.

He says, “I am thrilled to have cycled the course and it’s a great sense of achievement to join the ranks of so many other cyclists who have taken part over the years.

“The atmosphere was incredible and I am extremely proud to have been part of such an iconic event.

“I’ve already signed up to take part in next year’s cycle too!”