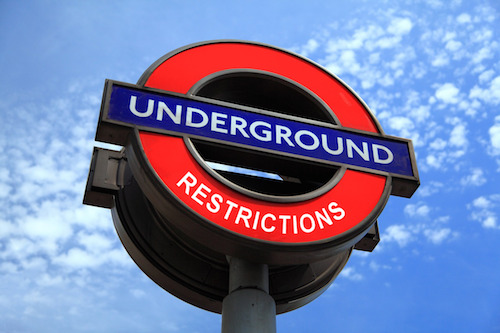 The Royal Borough of Kensington & Chelsea is set to reduce the number of ‘super-sized’ basement extensions – which have become increasingly popular because of the strict planning guidelines for the area. The applications for basement developments increased from 46 in 2001 to 450 last year and the council say they have also increased in size with some residents wanting up to (or should we say down to) 3 storey basements.

Now the council is set to curb how large these basement extensions are permitted to be. The reason being that they’ve drawn rising number of complaints from neighbours about the noise and dust. The new rules will restrict how far they can stretch beneath the garden and limit them to one storey. Basement conversions beneath listed buildings are set to be banned completely.

Actress Joan Collins told a resident’ magazine in Belgravia: “It’s really sad. I find it shocking that people are digging down to put in swimming pools and bowling alleys when they only live here for two or three months of the year.”

The approval by the planning inspector means that the 220 frozen applications can now be resumed, although according to Kensington and Chelsea Council “the vast majority of these cases would not comply with the new policy,” so will more than likely be rejected.

The good news is that if you need extra space but don’t have room overground, you can still build a reasonably sized extension below ground – as long as it’s not a listed building. The first thing to do is have someone (like us) take a look and perform a feasibility study.

A large benefit of extensions is that with many properties, it is usually cheaper than moving house and it also adds value to properties, but in Central London, the lack of space and strict planning policies can mean the only way to go is underground – and home owners in the area including the likes of Andrew Lloyd Webber, Nicole Kidman and Roman Abramovich have all invested in basement extensions.

Contact us to find out how we can help you not only with basement extensions but also new builds, conversions, extensions, restorations and interior design – we have the expertise to devise cost-effective yet sustainable solutions.